An introduction to apprenticeships

Find out what they are, what they pay and who can apply 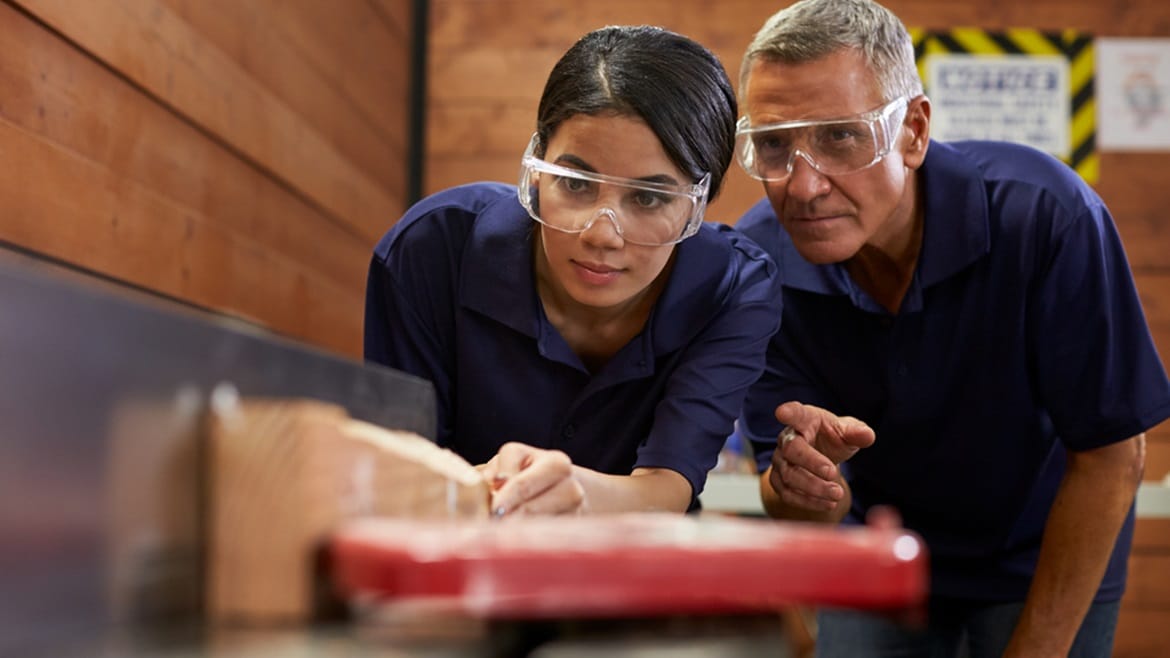 This guide is taken from the Know How Library, a tool on the Unifrog platform. Not sure whether to take the ACT or the SAT? Or how to give the perfect Oxbridge practice interview? The Know How Library is an easily searchable library of 100s of expert guides for both students and teachers, covering every aspect of the progression process. It is included as standard for Unifrog partner schools.

According to data from the UK Parliament, there were more than 740,000 people participating in an apprenticeship in 2018/19. But what are apprenticeships and who can apply? This guide will help you get to grips with the basics.

What is an apprenticeship?

An apprenticeship is a job in training. It allows you to gain a qualification, new skills and valuable experience - all whilst earning a wage.

It used to be the case that apprenticeships were generally in trades like Construction and Engineering, but now there’s a huge range to choose from - from Floristry to Law.

There are a range of different levels of apprenticeship, to reflect the stage of education that the apprentice has reached. These levels differ subtly depending on where you live. To find out more about how the system works in your area, take a look at our guides on apprenticeship levels in Scotland, Wales, and Northern Ireland.

In England, there are four levels of apprenticeship:

Anybody who is over the age of 16 can apply (there is no upper age limit), as long as they’re not in full-time education.

However, each apprenticeship has its own specific entry requirements, depending on the field of study and the level of the programme. For example, some Intermediate apprenticeships only need the applicant to show they’re willing and able to complete the programme. A Higher apprenticeship, however, may ask for GCSEs and Level 3 qualifications, such as A Levels.

How do I apply?

First, you need to choose a standard or framework.

In England, apprenticeships are sorted into standards; in Wales, Scotland and Northern Ireland, frameworks are used. They are essentially the subject area of an apprenticeship. Whereas you might choose to study ‘Business Studies’ at university, for example, you can choose to do an apprenticeship in the standard ‘Business and Administration’.

You can search through hundreds of different standards and frameworks using Unifrog’s Apprenticeships tool. The tool will allow you to sort and rank by criteria such as ‘vacancies available’, ‘salary’ or even ‘happiness’.

After narrowing down your options in a shortlist, the next step is to apply. On the Apprenticeships tool, this can be done by clicking the green ‘Apply’ button, which will take you to the relevant website.

Worth knowing: In August 2020, apprenticeship frameworks in England were swapped to standards. The change in name was intended to mark a broader change from qualifications-based apprenticeships to occupation-focused ones. In other words, a framework revolves around gaining certain certificates and qualifications, whereas the aim of a standard is that an apprentice can carry out all aspects of their job. For more information on this, see the Useful resources at the end of this guide.

How long do they take to complete?

Each apprenticeship is different - they vary in length. An apprenticeship can take between one and four years to complete, depending on the level of the programme, the apprentice's ability and the industry sector.

If taken part-time, apprenticeships increase in length, depending on how the apprentice’s time is split.

How much do they pay?

You’re entitled to an apprenticeship rate, if you’re either:

The apprenticeship rate is currently £4.15 per hour.

Example: An apprentice aged 22 in the first year of their apprenticeship is entitled to a minimum hourly rate of £4.15.

You’re entitled to the national minimum wage if you are:

Example: An apprentice aged 22 who has completed the first year of their apprenticeship is entitled to a minimum hourly rate of £8.20.

You’ll be paid for your normal working hours and any training that’s part of your apprenticeship. You’ll also be entitled to 20 paid holiday days per year, plus bank holidays.

For more information on the national minimum wage, take a look at the Useful resources at the end of this guide.

Worth knowing: The wages here are the minimum requirement; many employers pay more. If pay is an important factor in your decision, you can use the Unifrog Apprenticeships tool to rank your shortlist in terms of weekly wage.

Faces behind the frog: Robyn Smith

Faces behind the frog: Chris Edwards

Faces behind the frog: Rebecca Scannapieco

Faces behind the frog: Rob Cannings

Faces behind the frog: Charley Fowler

Faces behind the frog: Jen Carter

Faces behind the frog: Farhana Somani

Case study: Director of Admissions at the University of Bath

Progression-related teaching materials, and insight from the Unifrog platform, emailed to you once a month.